Mahon had already removed 3,000 of his 12,000 starving tenants by offering some passage to America aboard disease-ridden "coffin ships," giving others a pound or two to leave peaceably, and sending the sheriff to evict the rest.

His murder sparked a sensation and drove many of the world's most powerful leaders, from the queen of England to the pope, to debate its meaning.

The Killing of Major Denis Mahon : A Mystery of Old Ireland

At the height of the Irish Famine, now considered the greatest social disaster to strike nineteenth-century Europe, Anglo-Irish landlord Major Denis Mahon was assassinated as he drove his carriage through his property in County Roscommon. Now, for the first time, award-winning journalist Peter Duffy tells the story of this assassination and its connection to the cataclysm that would forever change Ireland and America. 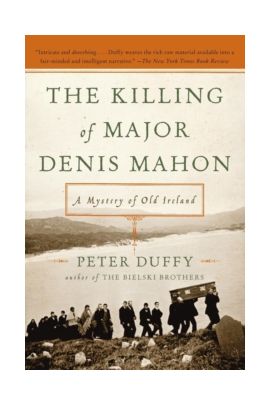