The famine permanently changed one of the constituent parts of the United Kingdom as it then stood and its legacies of depopulation, socio-economic and cultural change, political resentment, and the expansion through mass emigration of an Irish 'diaspora' in Britain, North America and the British Empire still have a resonance today.

Now, in the first installment of a new collaboration between Pen and Sword and History Ireland magazine, some of the world's leading experts on the Great Famine explore the crisis from a range of perspectives:

From the importance of the potato in Irish history, to food exports, political change, the provision of charity, the impact of disease, the role of the authorities, the experience of emigration and the changing interpretation of the famine

This volume explores how this seminal event in Irish, British and world history still has a relevance to the globalised world of the twenty-first century.

The Irish potato famine of the 1840s - the 'Great Famine' or 'An gorta mor'-is one of the defining events in modern Irish history. Over a five-year period a population of 8.2 million was reduced to 6.5 million through starvation, disease and emigration 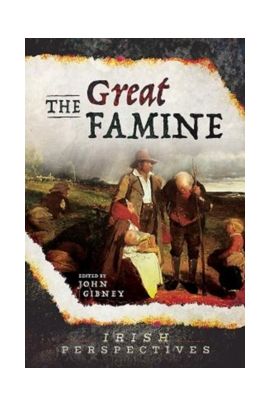