The collection affords a rare insight into the personality, character and outlook of a significant contributor to the literary renouveau catholique in English; it tracks the historic evolution of several of his novels and other writings and it illuminates the philosophical, theological and literary concerns of the Catholic intelligentsia across the three decades preceding the First World War.

'These [letters] reveal the priest's intense commitment to Irish education, largely in the belief that only through a cultured Irish Catholic intelligentsia could national freedom and international respect be obtained.' Mary Leyland, Irish Times 'This is a masterpiece and gives a huge insight into the mind and thinking of Canon Sheehan and of those closely associated with his life'. Liam Kelleher, Vale Star ', an important contribution to the task of rediscovering an important Catholic writer and a significant contributor to Irish Catholic literature'.

George Cardinal Pell, Archbishop of Sydney 'This book would be important even it were only the collection of a parish priest's letters- a thing never before attempted, though we have the letters of higher clergy such as Cardinal Cullen in print. But because these are the letters of an interesting literary figure whose representations of the Ireland of his time are still far from receiving the recognition they deserve, it is even more important. Canon Sheehan in his letters is a mild, kindly figure, always wishing well for everyone.

It must have been a pleasure to meet him. He perhaps underestimates his talents, but then that too is inevitable. He was also a man of great courage. The strong interior nature of his faith represents an ideal lived out in life.' Peter Costello, The Irish Catholic

Sacrifice and communion are central concepts in any serious discussion of the Eucharist. The essays in this book seek to re-examine both these important aspects. 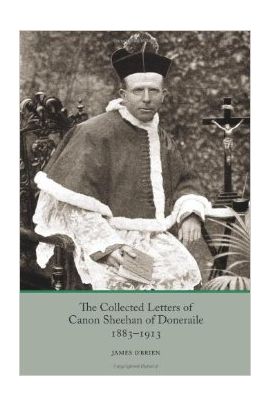