EPISODE FIFTEEN: OPEN WIDE AND SAY ARRRGH! WEIRD?! Nothing weird EVER happens in The Bad Guys. Like, you would NEVER see a chain-saw monster confronting a velociraptor who has eaten an elderly piranha, or the disturbing antics of a deranged dentist running amok with an oversized drill. NOPE. None of that nonsense here. So relax and be entirely unsurprised by the Bad Guys' next adventure!

EPISODE SIXTEEN: THE OTHERS?! OK. A lot of the stuff we said on the back of the last book was NOT TRUE. We now admit that The Bad Guys is WEIRD. We also admit that it features ALL the weird stuff we said it didn't. PLUS there's now a whole bunch of even weirder stuff involving an over-sharing bat, a really scary new character who lives in the woods, and a strangely confident little guy with a mullet. So, uh, don't relax, maybe FREAK OUT a little and have your MIND BLOWN by the BAD GUYS!

ABOUT THE SERIES Full of hilarious line illustrations throughout Fans of Dog Man, Cat Kid and Captain Underpants will love this series Perfect for children who are struggling with reading - or who just want to laugh their socks off.

'This book instantly joins the classic ranks of Captain Underpants... We challenge anyone to read this and keep a straight face.' Kirkus Reviews

'I wish I'd had these books as a kid. Hilarious!'  Dav Pilkey, creator of Captain Underpants and Dog Man

Two Books in one! Episodes 15 & 16 in the hit Bad Guys series - soon to be a feature film animation. 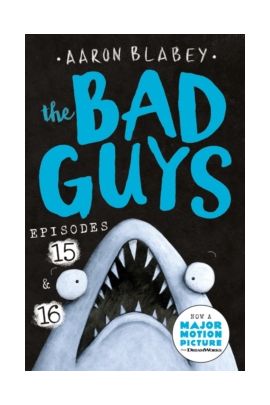