Can you trust anyone in a time of war?

When her home is destroyed in the Luftwaffe bombing of the North Strand, Dublin in 1941, Grace Ryan is forced to move in with relatives in a different part of the city. There she meets Barry Malone, an English boy sent to neutral Ireland to escape the terrible air raids on his native city of Liverpool.

A friendship develops and a summer of fun stretches before them in the sports club run by his teacher, Mr Pawlek. However, Barry begins to suspect Mr Pawlek of spying for the Nazis, and he and Grace attempt to find proof.

But what starts as an exciting challenge becomes increasingly risky, and their friendship is put to the test when their very lives hang in the balance.

Two Friends in a World at War suspect a teacher of spying for the Nazi’s and set off on an risky adventure to find proof. 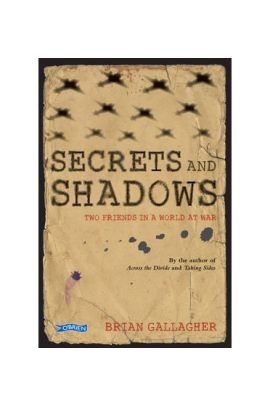