Professor Timothy Aloysius Smiddy (1875–1962) – academic, economist, diplomat, public servant and businessman – had a remarkable career spanning six decades in both the public service and the private sphere. This is the story of an eminent son of Cork, whose career was closely interwoven with the early history of the Irish state.

Despite his unique role as adviser to Michael Collins, W.T. Cosgrave and Éamon de Valera, and his many achievements, Smiddy has remained an elusive figure in documented Irish history. This exhaustively researched biography sets that right. Having been educated in Ireland, France and Germany, Smiddy started and concluded his working life in the world of commerce. Fifteen years as an academic were followed by over twenty years as a public servant in various roles. He served on several high-profile committees and commissions between 1923 and 1956, some of which he chaired. Following his retirement from the public service at the age of seventy he continued to make a significant contribution, and was a successful chairman of the board of Arklow Pottery.

Smiddy provided financial expertise to the Irish delegation to the AngloIrish Treaty negotiations (1921) and to the Provisional Government of the Irish Free State. He was the first representative of a Dominion of the British Commonwealth of Nations to the United States and Canada, from 1924 to 1929. Unusually for an important figure in the nascent Free State, he had not been involved in the conflicts of 1916–23.

As an accomplished linguist with an international outlook, Smiddy helped to steer the Free State away from a narrowly insular mindset. In shedding light on his life and times, this biography also illuminates twentiethcentury Irish history. 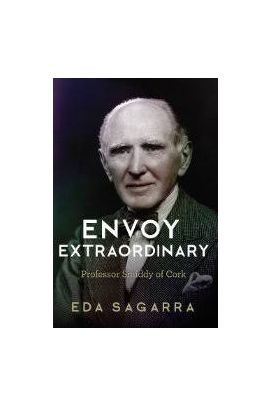